In Part 1 I outlined the concept of Growth and Fixed mindsets in very simple terms.  When it comes to golf, nowhere is the fixed mindset of greater detriment than in the area of beliefs around excelling at the game!

Fixed mindset golfers think that if they only had more “natural talent and ability” (i.e. if I was born a Golf God) they’d conquer the game – and I’d like to bust that one wide open.  There are countless stories in the athletic world of now famous players with less than famous starts. Case in point – Michael Jordan was cut from the varsity team in high school. One of the ways he became a Hall-of-Famer is that he PRACTICED more than almost any other basketball great of his time. While Babe Ruth had no challenges with drinking and women he wasn’t always that good at hitting a baseball – he was a very inconsistent hitter at the beginning of his professional career.  It wasn’t until he finally dedicated himself to getting in shape and then PRACTICING batting that he flourished.

PRACTICE IS NOT A FOUR-LETTER WORD

From a Los Angeles Times interview in 1988 with Ben Hogan:

In his prime in the 1950s, interrupted during a three-hour practice session that had begun only minutes after he had shot a tournament-leading 66, Hogan said: “When I’m not playing, I like to be practicing. I enjoy every minute of (either). To tell you the truth, I’d just as soon do this.”

He said the other day: “I don’t play golf anymore, but I still hit a few balls four or five days a week–every nice day. To me, practicing has always been half the fun.”

And this Ben Hogan quote says it best:

“There’s no such thing as a born golfer–as a born anything. Any (duffer) can shoot in the 70s if he applies himself properly. Practicing is the necessary thing. Playing is just an anticlimax.”

So, am I saying screw the mindset and just practice? Hell no! What I’m saying is that the beliefs which arise from the fixed mindset – that success in golf is mostly due to being a natural at it and therefore “should” not require effort – is what needs to go.  Again, it’s the perspective you bring to the course or practice range that sets up what you’re going to experience. Alas, if only cussing was equally effective…

“If profanity had any influence on the flight of the ball, the game of golf would be played far better than it is.” Horace G. Hutchinson 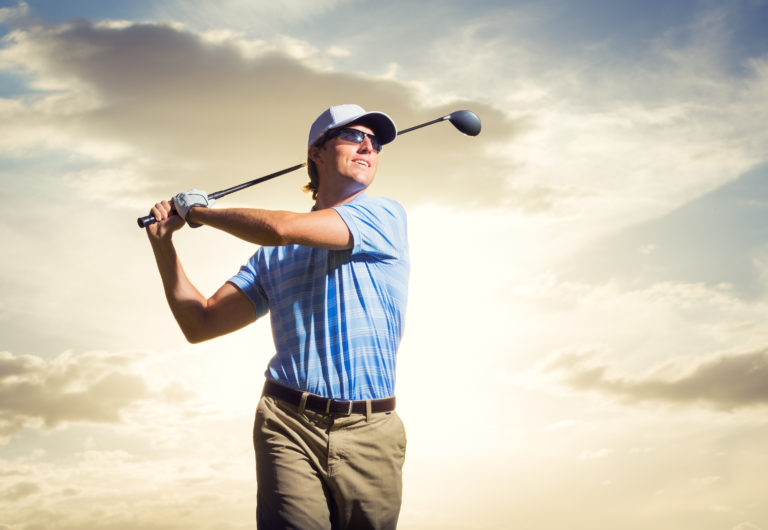